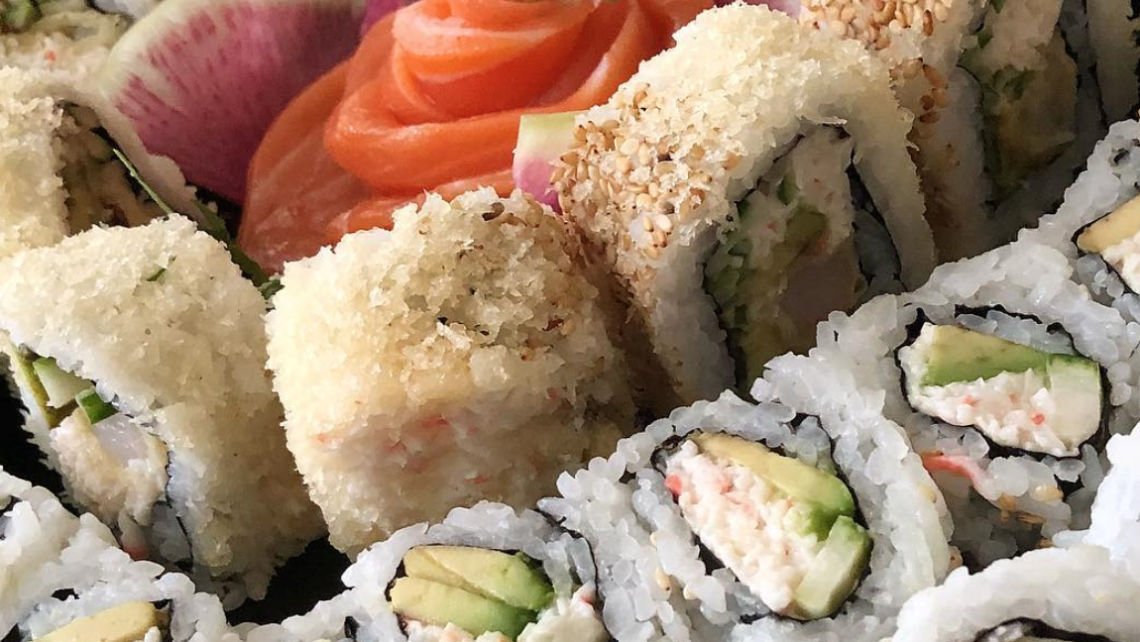 If you love sushi, happen to be in the Venice area, and haven’t been to Hama Sushi…run, don’t walk.  You won’t be disappointed!

Hama Sushi has served sushi, sashimi, and Japanese fare in the heart of Venice for forty years. When Hama opened its doors in 1979, sushi was still an exotic novelty, especially on the Westside. The restaurant won a devoted fan base with a commitment to traditional Japanese cuisine along with a showcase of fusion flavors and contemporary dishes. In Japanese, “Hama” translates to beach, which couldn’t be a more appropriate name for a restaurant in a prime location – only blocks from Venice Beach and the Boardwalk.

Hama Sushi is part of a long tradition of Japanese culture in Venice. The founding father of Venice, Abbot Kinney, grew to love the culture of Japan after viewing the country’s exhibitions at the World Fair. Kinney brought a sample of this culture to Venice with a paper lantern show in 1909 and 1910. Many Japanese Americans called Venice home, and were forced to line up for deportation on Venice Boulevard during World War 2.

Hama Sushi itself pays tribute to Venice’s colorful history through its decor. Hama’s bar features gorgeous posters of movies that shot in Venice, including Touch of Evil, Rebel Without A Cause, and The Big Lebowski. The dining room features photographs of Japanese-American history in Venice.

Beyond the delicious fish, Hama Sushi has played an important role in the Venice community. Esther Chiang, who purchased Hama in 2004, has made it a personal mission of hers to give back to Venice. Hama has not only supported the Venice Art Crawl and the Venice Arts Council, but perhaps most notably, has hosted fundraisers for the Venice Japanese American Memorial Monument for seven years in a row, generating over $20,000 in revenue for the project.  A long time member of the Venice Chamber, Hama has also graciously hosted Venice’s business community over the years for a variety of events and gatherings, and the location is always a crowd favorite!

While Hama Sushi is certainly a Venice institution, like most Venice mainstays, it hasn’t stopped growing. In recent years, Hama has added a vegetarian roll menu and a legendary happy hour; a go-to for locals and a great opportunity for new customers to experience the magic of Hama at great prices. Venice residents and visitors alike know that when you’re looking for authentic Japanese food and prime Venice hospitality, Hama should always be your first stop.